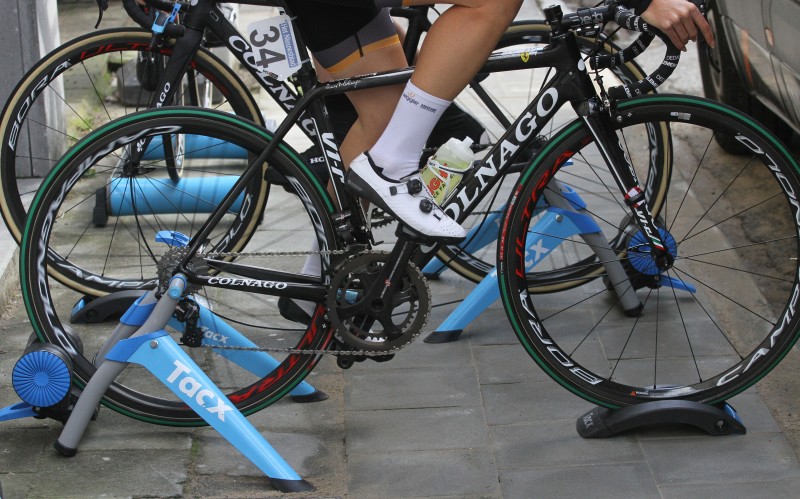 What are turbo trainers?

Turbo trainers are a static resistance platform; you attach the rear wheel of your bike to the unit, and then you are able to replicate the resistance and feel of riding outdoors, but from the comfort of your home or garage.

A turbo trainer gives a cyclist a great alternative to training outdoors, in the dark, gloomy and often wet winter. By training indoors, you can ensure that you retain fitness; performing a structured training session, without the risk, danger or discomfort of riding on icy or wet roads.

A turbo trainer is also a great tool for the time constrained training cyclist; allowing you to squeeze a productive session into a short space of time, when you don't have the hours to get kitted up and go outside.

What types of turbo trainers are available?

Turbo trainers fundamentally differ in the type of resistance that they use. The resistance is what adds the "feel" to the turbo trainer, and allows you to add some form of structure to your session; enabling you to mimic the kind of increasing and decreasing resistance that you would feel when riding a hilly route out on the road.

Magnetic trainers use the force of a magnetic field. Your bike's back wheel sits against the roller, and the resistance in the attached magnetic unit creates turning resistance on the back wheel.

Most magnetic resistance turbos have an ability to increase the magnetic force on the unit; to vary the resistance that you are pushing against; this is done through a trigger switch, which you can usually mount on your handlebars. 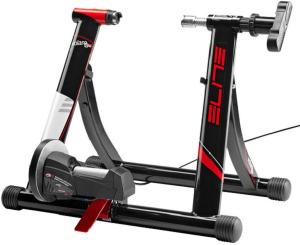 This design provide a steadier resistance than magnetic systems, and the ability to control the resistance comes from you changing gears on your bike, rather than an external resistance trigger that is found on magnetic trainers. 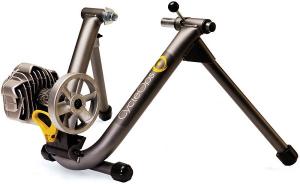 These turbo trainers allow you to link up the resistance unit with your computer; so you can ride courses, race routes, or even race against or with people from all over the world!

The resistance is controlled by the computer, which talks to the turbo trainer, so that the resistance matches the profile of the route you are riding. Clever stuff! 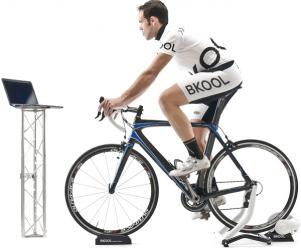 Fan/wind trainers have a reputation for making a thunderous noise, and have dropped down the turbo training pecking order, and are rarely seen anymore.

Blades spin in the air and create resistance for the roller. Similar to fluid trainers the resistance is usually controlled by you changing gear on the bike. 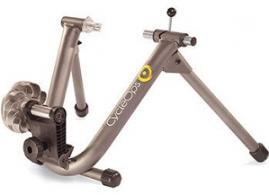 The latest development in turbo technology is the Direct Drive system. You remove the rear wheel, and sit the rear drop-outs of the bike onto the turbo trainer.

The system requires you to fit a cassette to the turbo, but it means that you don't need to worry about wearing out your good tyres, or swapping wheels to one with a "turbo specific" tyre on (see below).

The system also significantly increases the stability of the turbo platform, and because you don't have the rear wheel rotating, it is noticeably quieter. 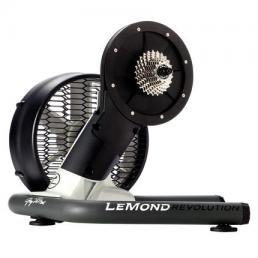 Smart Turbo Trainers have the ability to wirelessly connect to smartphones, via Bluetooth technology; they offer a variety of unique training experiences as a result!

Smart Trainers take advantage of the computing and connectivity capabilities of the smartphone, to offer the most advanced indoor ride on the market.

There are numerous free and paid Apps on the iTunes App Store and Google Play store, designed to fully control the resistance of your smart trainer and offer a customized training experience.

When you are looking at the turbo you want to purchase, it is worth considering the frame design and mounting system. A turbo is a great means to warm up before an event, such as a time trial; so portability can be a desired attribute; for those looking for this quality, make sure you consider units with folding frames (a direct drive system is less portable because they tend to not be foldable).

The second factor is the mounting of the wheel: most turbo trainers come with a strong quick release rear skewer that you put in place of your original skewer. The turbo then clamps onto the skewer, to lock the wheel in place, securely. The only system that does not use this is the Direct Drive system, where the rear dropouts are clamped directly to the turbo.

Compatibility is the most common question when people are buying turbo trainers; the good news is that you shouldn't be so concerned. Almost all road bikes can be used on a turbo trainer, as long as you fit the supplied skewer to the rear wheel. Additionally, almost all mountain bikes can be used with a turbo; if you fit a slick tyre or training tyre to the rear wheel (otherwise it is very noisy and bumpy).

The only bikes that tend not be be usable with turbo trainers are BMX bikes. Just make sure whichever bike you are using, you pump your tyres up well (60psi) and have a slick tyre fitted to the rear, and you should be good to train!

View our range of Turbo Training Tyres and Spares