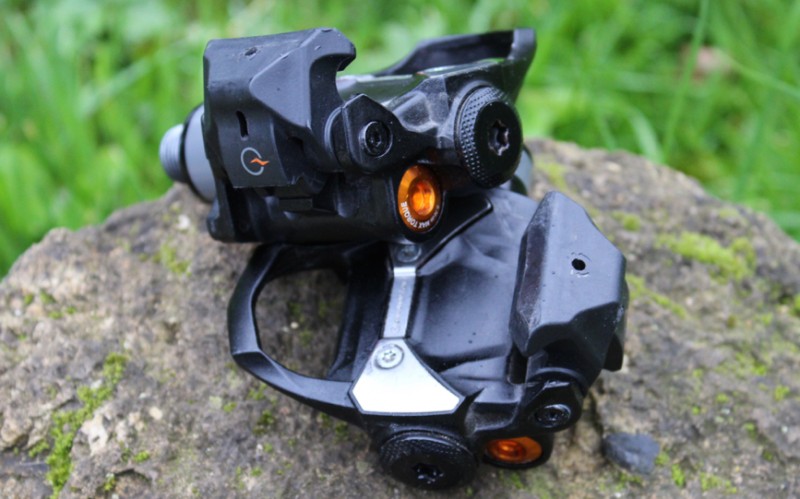 Power meters from the likes of SRM, have been common-place in the pro peloton for several years now. Power data is undeniably the best measure of ‘form’ and effective training, and using a power meter allows far greater structure and science to be applied to training and racing programmes.

With greater competition in the marketplace in recent years though, we’re seeing a growth in more affordable power-measuring technology. The new PowerTap PowerTap P1 Pedal Powermeter Set is designed to be just that.

The nearest comparison to the PowerTap P1 pedal set, is the Garmin Vector 2: a similar pedal-based power measuring system, which also provides independent data from each pedal (and a ‘power balance’ reading as a result). There are a number of notable differences between the two systems though, and having used the Vector pedals in the past, I was keen to test out this new offering from PowerTap.

The first thing that you notice with the PowerTap P1, versus the Garmin Vector, is that there is no ‘pod’ with the P1. All the mechanics of the power measuring system, including the batteries, are housed within the pedal unit itself. A design that looks far neater, in my opinion. 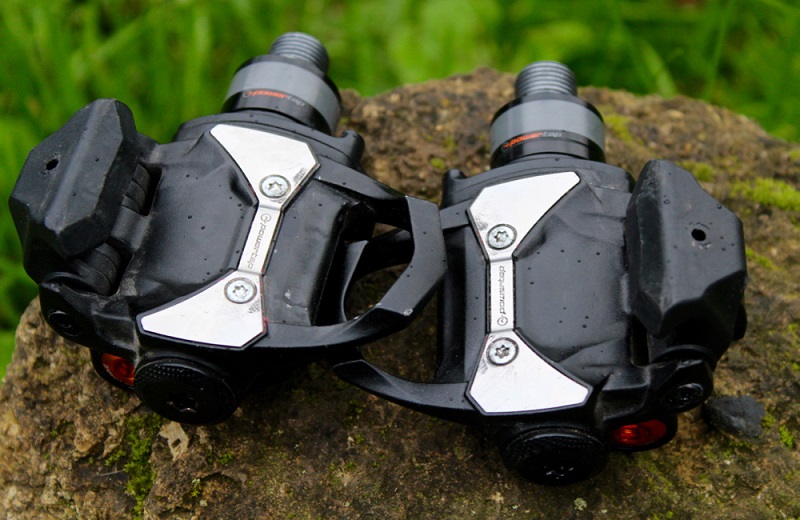 The second (bi-product of the first) design feature that is notable, is that installation is much easier than with the Garmin Vector. The Vector requires a torque wrench and a crow-foot adapter, to install the pod and pedals to the crank arms. The P1 just requires a hex wrench, much like most other ‘normal’ pedals. The result, is that there is noticeably less faff and less time required for installation of the P1s, and it makes switching the pedals between bikes a lot easier too.

You can also learn more about installation by viewing this excellent video from PowerTap.

The P1 uses cleats that are very similar to Look Kleo cleats; the same cleats that are used in the Vector system coincidentally. They look similar, but they are in fact slightly different: Keo cleats will work, but with rather loose engagement and retention within the pedal. The result, is that you really need to use PowerTap’s cleats when you are using the P1s. This might be seen as a drawback in terms of brand-dependence, and it means installation could take a little longer if you need to switch cleats. However, it is a minor issue in the greater scheme of things. 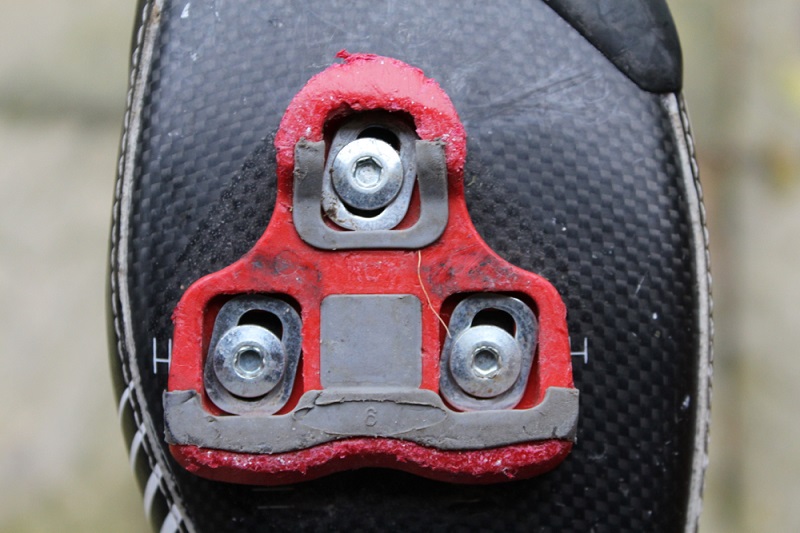 Simple to set up

Once you’ve got the cleats fitted to your shoes, and the pedals on the bike, you’re ready to roll. The only other thing you need to do before collecting your data, is to calibrate your pedals. PowerTap recommend that this is done at the start of each ride (similar to Garmin), and the procedure simply requires you to roll to a stop, unclip and press the calibrate button on your Joule or Garmin head unit. There is no ‘auto-zero’ on the P1 pedals, so this is good practice to ensure accurate readings.

Using the pedals is then simple, although of course it opens up a field of data that’s incredibly diverse and useful…

At their most simple output, the P1 pedals provide accurate, consistent power readings displayed directly to your handlebar display unit. They are also Bluetooth and ANT+ compatible, so you could link them to your smartphone (with the appropriate app).

Delving deeper into the capabilities, allows you to use the real selling point of pedal-based power meters: left-right power balance measurements. This allows you to see the relative strength of each leg, and identify weaknesses that could be improved upon. You can unlock this capability with either a Garmin, Joule or Smartphone display.

Put simply, the PowerTap P1 provides everything you could want from a power meter: Straight-forward normalised and absolute power readings, as well as power balance and pedalling efficiency readings. You shouldn’t run out of data to stare at, as you chew that stem on the next mountain climb!

With any significant investment, like a power meter, durability and reliability are key.

Battery life is one of the most prominent problems with many power systems, but I’m pleased to say that I’ve experienced no hint of these to date, with the P1 pedals. PowerTap claim the battery life to be around 60 hours, which is a fair few kilometres (I’m yet to replace them)! Battery replacement is carried out with a simple hex key, too; so it could even be done out on the road. Another plus point, is that the batteries used are fairly standard AAA cells, which although slightly more weighty than cell batteries, are significantly less expensive and more widely available.

To summarise, PowerTap seem to have taken a very sensible approach to battery choice and storage, which is reassuring and pleasing to see.

The longer term durability of the P1s is yet to be truly tested, and personally I’ve only done around 500 kilometres of largely dry miles with them to date. However, considering the build quality is high, the fully integrated design reduces the chance of exposed parts being bashed, and also given the good reputation of PowerTap for producing long lasting kit, things bode well. Pedals typically take less of a battering than hubs and bottom brackets anyway, so that bodes well for the longevity.

I’m impressed. I enjoyed using the Garmin Vector pedals when I had those on test last year, but the P1 Pedals from PowerTap seem to overcome a lot of the niggling annoyances that I had with the Vectors.

The integrated design, simple battery replacement and ease of installment, are three major plus points for the PowerTap P1. Their price tag also makes them impressive value, especially for a power-balance reading meter. The only slight detraction seems to be the need to use PowerTap’s own cleats, but really this is a very small hurdle to overcome. Overall, if you’re looking for an accurate, efficient and portable means to measure power, then these have got to be one your shortlist! 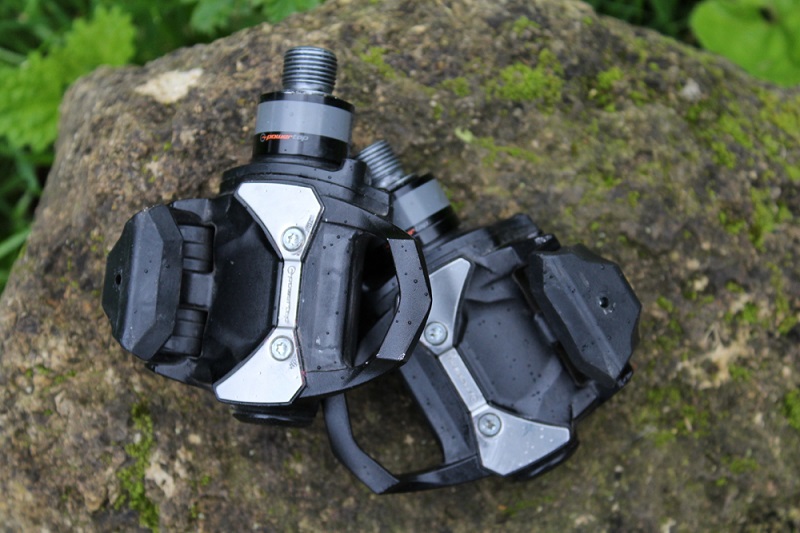