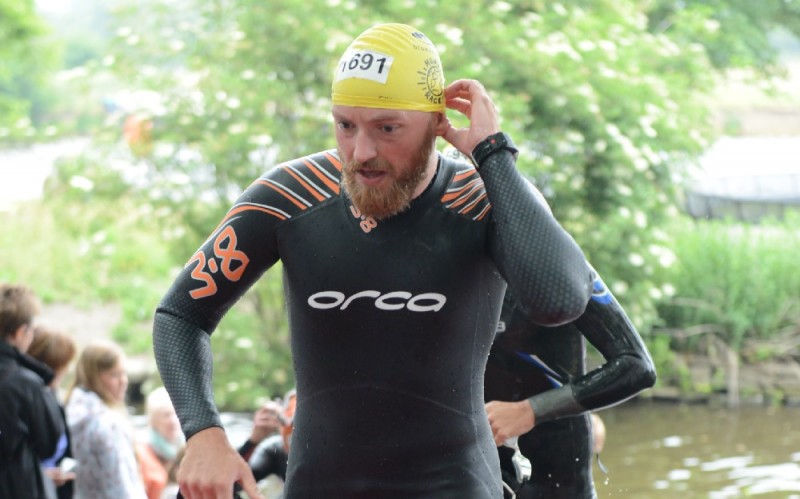 Upon my return to the UK last month from Taiwan, it became abundantly clear that I would no longer be competing in triathlons that featured clear and warm water swim legs. Despite the so called heat wave, average water temperatures can fluctuate hugely so I began my research in to purchasing a new wetsuit.

I consider my swim leg as the weakest of my 3 disciplines so the search was twofold: I needed a wetsuit that offered me plenty of buoyancy, in addition to being quick through the water. Other considerations included fit and ease of removal which generally improve with price.

Time to suit up

I gave the team at Orca a call, having sampled their Predator last year and falling in love with its fit and ability to slice through the water. They listened to the events I was competing in this year, took a look at my dimensions and recommended what they thought would be the best suit for me.

The result was the Orca 3.8 Enduro Wetsuit, a suit that not only looks fast but has been designed for triathletes who require added buoyancy in the legs and hips, perfect for when you’re trying to conserve energy. Despite this buoyancy aid, the suit is a sleek fit and does not feel at all bulky. The cut offs on the arms and legs allow for easy removal during transition. Another key element for me was the low neck line which eliminates rash when sighting, a huge benefit when sea swimming in choppy water.

How did the Orca 3.8 Enduro Wetsuit perform?

Its first outing was at the Windsor 25th Anniversary triathlon, an event I had never competed in before but regarded as a must do in many peoples lists. The swim leg was in the Thames so murky, dirty and cold! One feature of the suit is the bright orange graphics which not only add a safety dynamic to the suit but also make it a bit easier for your legions of fans (maybe one day…) to spot you from the bank.  Jumping in to the cold off of the bank, I was immediately floating back at the surface barely needing to tread water. Heading out to the start line, I could feel my legs and pelvis being forced upwards putting me into a much better swim position. As the starter pistol sounded, I put my head down and headed off down the Thames. The perfect fit of the suit allowed me to really extend my arms during the stroke with no feeling of bunching or stretching under the arms. The neckline, as previously mentioned, prevented any rubbing when sighting. The suit did feel faster albeit downstream, but the ease at which it increased my performance was obvious. Heading back up stream, my speed remained higher than my usual race pace and I was confident of a good time, maybe even a PB. Following the conclusion of the race,   I was delighted to see a time of 28:19, 3mins quicker than my previous PB helping me to 47th in Age Group. 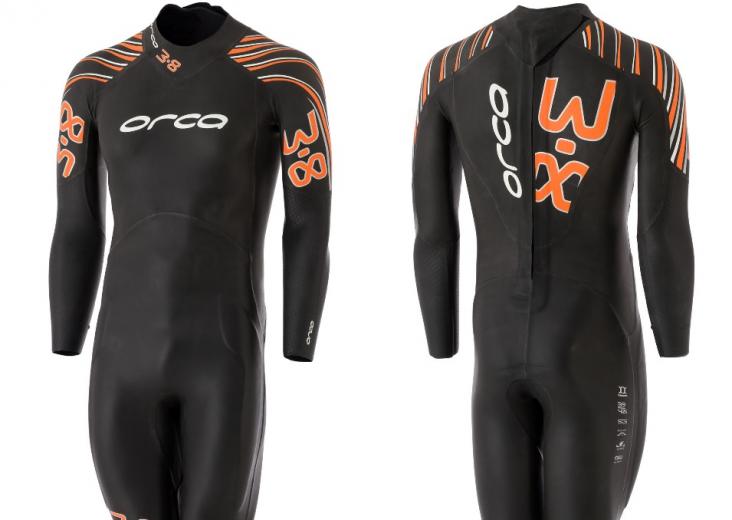 A few weeks later and it was another Olympic distance swim, this time at Eton Dorney for the Wiggle Steelman Triathlon. For those unaware, Eton Dorney was purpose built for the 2012 Olympics. This means tranquil swim conditions before heading off on closed roads for the bike and run.

Once again, the suit excelled in these conditions! It feels like it’s doing all the hard work for you, allowing you to concentrate on stroke, sighting and breathing without worrying about body position in the water. I finished in 36th overall with a time of 26:48mins, another PB and a full 1:31min quicker than Windsor. Fitness, water speed and wind play a factor in times but there’s no dismissing that this incredible suit has decreased my times significantly!

In summary, this suit lives up to the high expectations that Orca bestow up on it. If you can afford to move up to this level of suit, I would highly recommend you do so. The suit gives you that extra confidence required when racing and forces your body into the correct position, what more could you want from a wetsuit!

Shop the Orca 3.8 wetsuit at Wiggle

Posted in Triathlon and tagged orca