As winter rolls in, the full time worker in the UK arrives at work before sunrise and leaves after sunset. For the cycle commuter, this means you need to ensure you’ve got a decent light set-up to make the best of your commutes! In times before I worked at Wiggle, I would often use the cheapest set of lights I could find which would often break on me mid-commute and definitely didn’t kick out anywhere near enough light.

For this lights test, I have been given some awesome Exposure lights which are aimed at the Roadie/Commuter which suits me as, although I spend most of my time cycling off-road on a CX bike, around 80% of my commute is on well-lit cycle paths/roads with around 20% being quiet, unlit gravel paths, which I tackle on, Old Sprightly, my trusty steel 80’s Raleigh which has recently been converted to a Single Speed.

The first light I want to mention is the Exposure TraceR Rear Light. It packs a punch of 75 lumens which isn’t huge, but for a commuter rear light it more than does the job. There are 3 different brightness settings, and two different modes – constant or pulsing. I generally use the pulsing setting as it demands attention from anyone behind you, and doesn’t ever go off completely unlike other lights which flash on and off repeatedly. 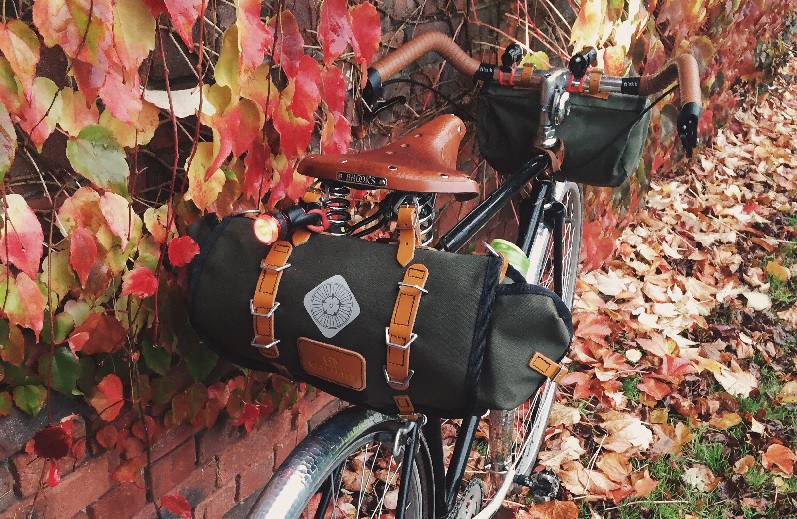 The mounting is the classic Exposure mount which uses the red rubber band to fit around the seat post, or in my case, one of the straps of my Carradice Barley saddlebag. Never had any issues with this – the rubber strap is adjustable enough to fit around whatever bit of bike I’ve tried to use it on and I’ve never had a light fall off.

The next light is the Sirius MK4 which is a 500 lumen front light with a fairly direct beam. This is a great light for illuminating the cycle paths/roads infront of you but doesn’t give you much distance which is why it’s definitely suited for riding on lit roads and paths. A section of my commute takes me along a very dark gravel path and on this section I do tend to slow down as I don’t want to accidently hit a dog walker or something – although do be aware this isn’t the intended use for these lights! If you’re riding a lot of pitch black gravel paths/wooded areas, I would definitely suggest going for something brighter (our lights comparison tool and lights buying guide will be able to help here!). 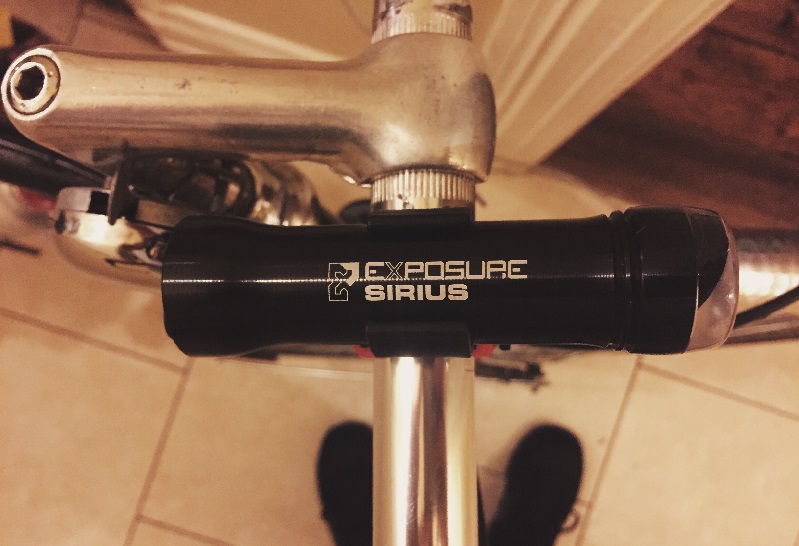 One great feature of this light, much like most Exposure lights I have tried, is that it has 180 degree illumination. This is because of the open sides of the light which means any cars coming out of side roads will be able to spot you, regardless of how class you are to the road as they appear. There are tonnes of settings on this so you can ensure you have the right brightness for whatever use/time of day you are riding in.

The mounting system is exactly the same on this as on the TraceR Rear Light and does a great job.

Having never used a helmet mounted light, I was looking forward to giving this a go. The Link is only a 100 lumen front light, and 35 lumen rear light so is great for the commuter who is riding on well lit roads. There are two settings, flashing and constant per light, and you can switch through a plethora of combinations to get what works best for you. I personally had the rear LED flashing, and the front LED on constant for my commutes. Whilst this light didn’t do a great deal for lighting the road ahead, it did a really great job of making me feel a hell of a lot more visible and confident that drivers were taking notice of me on the road which is key in the months where you leave work and it’s pitch black! 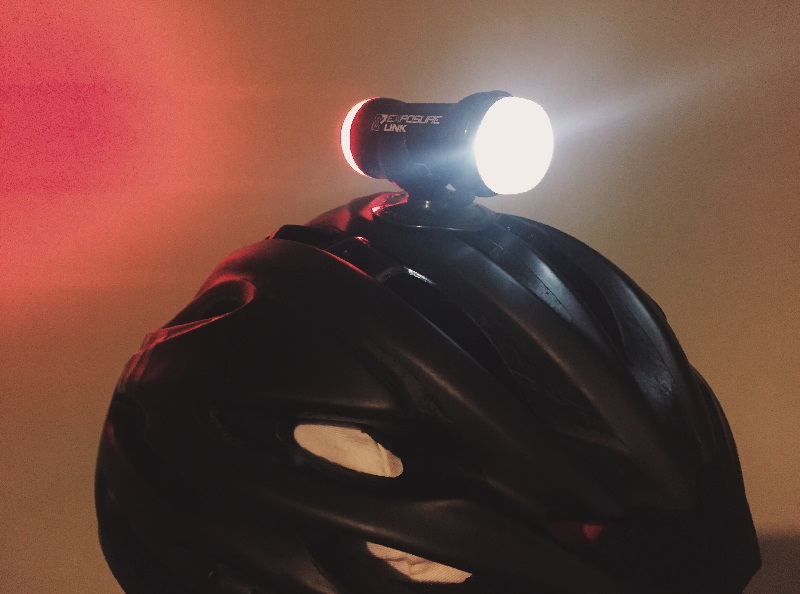 The mounting system for this light requires an allen key but is very simple to fix to the helmet. It is screwed in through one of the vents (doing no damage to the helmet – I have checked!) and then the light just clips in on top. There is plenty of adjustment available to ensure the lights are pointing where you want them regardless of riding position. 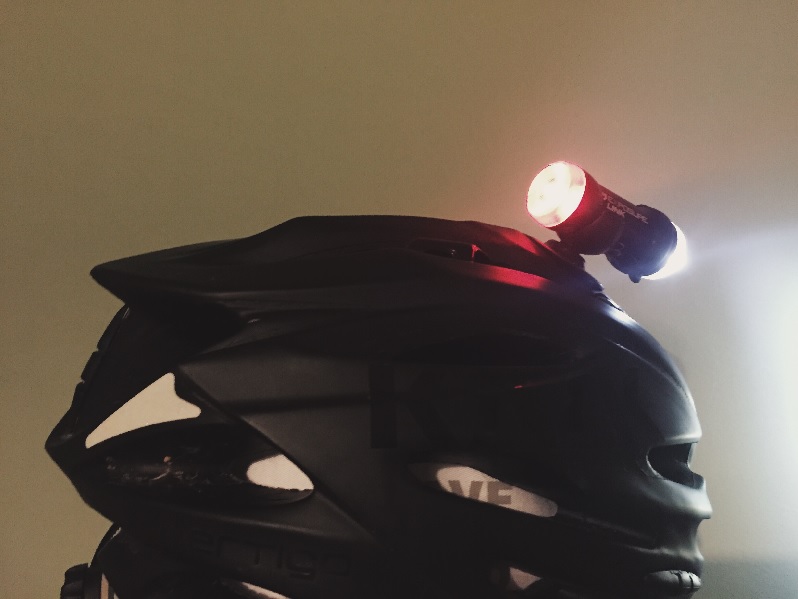 All three lights are charged with USB chargers (included in the box) and conveniently, the Link and TraceR share the same charger which means you can keep one at home and one at work. The Sirius MK4 has a slightly different charger but holds charge really well – cycling for around 1hr 30 mins per day, I only had to charge the Sirius once a week. I would charge the other two lights once every other day, unless I took a slightly longer route in/home for fun.

All in all I’ve been very impressed with the lights I’ve been testing and have definitely felt very visible on the road/cycle paths. I think if I was to chuck any more gravel/woodland into my rides when it’s REALLY dark during commutes, I will definitely go for something more powerful on the front, however for the riding I’m doing these are great.

The main thing I will take from this is how much I overlooked a helmet mounted light and how much safer it makes me feel when riding on the roads at night. It might just be a mental thing, but if it makes me ride more confidently on the roads, that can’t be a bad thing. 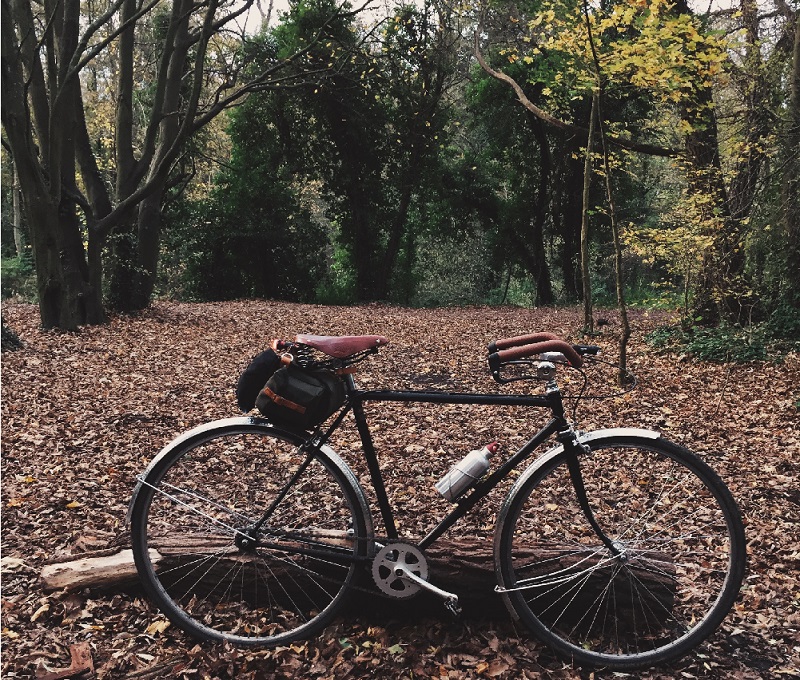 Shop this range of Exposure lights at Wiggle