Caffeine - A fuel for your workout 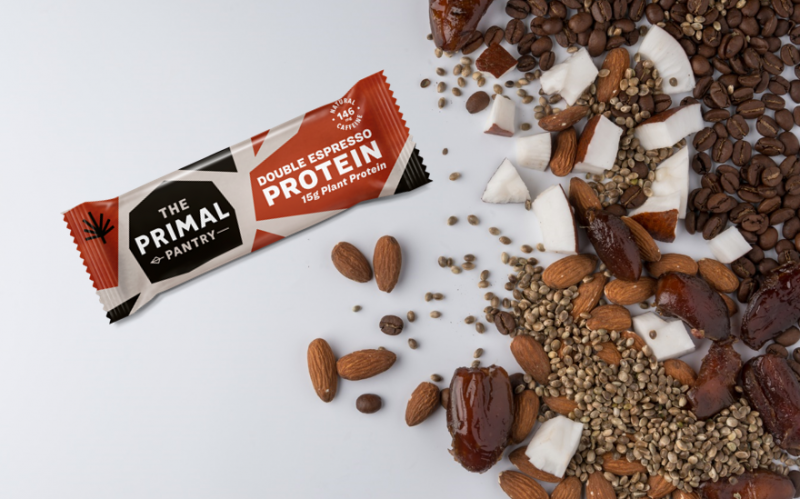 Gluten-free, vegan, paleo, raw, The Primal Pantry Protein Bars are the perfect work-out fuel. Here, they explain why their Double-Espresso bar will give you the edge in your next training session.

Using caffeine as a fuel for your workout is becoming ever popular among athletes and fitness novices alike.

Depending on your size, gender and the kind of workout you’ll be doing, varying amounts of caffeine can be really beneficial in boosting your performance.

One study conducted by a group of Australian doctors published in the Journal of Applied Physiology found that when 14 recreationally active participants took part in a controlled rest trial, a placebo exercise trial, and a caffeinated exercise trial — the latter resulted in significantly greater energy expenditure and fat burning.

"Caffeine is known to release stored fatty acids that can be used for high-octane fuel for ATP production," says Dr. Barry Sears, one of the leading experts in the field hormonal responses induced by the diet and creator of the Zone Diet. "There is some intriguing data that caffeine can also help alertness and recovery after workouts."

If you are going to be doing cardio, taking 250mg to 400mg of caffeine 45 to 60 minutes before your workout is a good range to get you started, depending on your body size and overall caffeine tolerance.

When it comes to weight training, most people use caffeine before training to increase their focus and overall alertness state in order to hit the weight room as hard as possible. If this is your goal, have as much or as little caffeine as you need to hit beast mode.

Max Lowery, a top UK coach and personal trainer, says that he never works-out without a hit of caffeine beforehand. He stated, “while I don’t use coffee in my personal routine, purely because I don’t like the taste; I always recommend a black coffee to my clients before they go hard at the gym”. He’s reported the improvements in people’s performance when helping them train after consuming caffeine.

Caffeine isn’t just for those wanting to get more out of their workout routine. In general, caffeine has some great overall benefits to the body.

According to the American Chemical Society, coffee is the leading source of antioxidants in our diets — in part because we drink a lot of coffee. Coffee beans contain antioxidants, called quinines, which actually become more potent after roasting.

"This type of antioxidant, along with the magnesium found naturally in coffee, affect blood sugar levels and are thought to be responsible for the link to a lower risk of type 2 diabetes," says American nutritionist and registered dietitian, Lisa DeFazio. "Coffee also contains trigonelline, an antibacterial compound that not only gives it a wonderful aroma but may also be a factor in preventing dental caries."

So regardless of whether you consume it for exercise, or just your overall health, it looks like caffeine has some real benefits to your body. If you’re unsure about how much caffeine you should be consuming, always consult a medical professional before starting a new routine.